Older
Newer
I couldn’t wait to wake up for my day as principal at , an all boys middle school in the inner city of .
I arrived at 7:30AM and saw 30+ boys on the football field releasing some early energy.  It wasn’t football practice.  Just a friendly game of touch football.
By 7:45, I was greeting several of the more than 400 boys that were getting off the bus.  Some had smiles and some had looks of frustration.  Maybe they didn’t have dinner the night before or had a rough morning.  The world outside of the walls presents a lot of challenges for the boys but they are all in a great place this morning.
At 8:30AM, we were in the cafeteria.  Some boys are eating a healthy breakfast while others are still being screened through the medal detectors.  B.E.S.T. is slowly but surely changing the community one student and one family at a time.
Between 9:00AM and 11:30, I visited 4 classrooms.  Mr. Blackmon’s 7th grade language arts class allowed the boys to discuss the struggles between protagonist and antagonist.  Mrs. Babson’s 7th grade language arts class gave all of the boys 10 minutes of soft music as they wrote their thoughts freestyle under dim lights.  They presented their writing so well.  Mr. Diggs’ 6th grade math class was the bomb – as in real loud when problems were solved.  I don’t recall math being that much fun!  My day as principal ended in Mrs. Edwards’ 7th grade science class.  The boys were super engaged and hung on to her every word.  She was so nurturing yet professional.
B.E.S.T. is successful because of the leadership of its principal LaPaul Shelton.  It is a culture that sets high expectations and fosters respect between the teachers and students.  I saw them all at their best today and it wasn’t staged.
I am now more motivated to invest more time and resources for B.E.S.T. as a partner in education.  I care about my city and know you will never lose when you invest in kids. 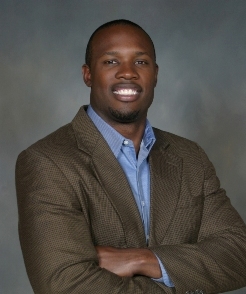