Older
Newer
Darren Oliver is a left-handed relief pitcher for the Texas Rangers.  I have never met Darren but I am a fan of his from afar based on his work ethic on the field and hearing him speak during press conferences.
Ron Washington is the manager of the Texas Rangers.  Ron had his share of problems during the 2010 season dealing with drug addition but he wasn’t alone.  His struggle helped motivate the Rangers team to come together and do something that the organization has never done.  The Rangers are in the 2010 World Series.
Beside being members of the Rangers organization, Oliver and Washington have something else in common.  They are the only African-Americans participating on the field during the 2010 World Series.
Like anything in life, you have to be good enough to get invited to the “big dance”.  But with less than 9% of blacks playing and coaching at the major league level, chances of having an African-American playing or participating in the World Series are too slim to bet on.
The reason that chances are slim is typically due to economics rather than interest in predominately black communities. Becoming a major leaguer starts with a dream at a young age and is fostered by professional training.  Professional training costs thousands of dollars to pay for travel tournaments, nutrition, consulting, vision training and equipment to name a few resources that you MUST have.  It is kinda like trying to drive a car without a steering wheel.  You will not compete as a baseball player at the highest level without consistent professional help.
We are talking about an annual 5K-10K investment.  Baseball is no longer the sport that allows you to develop skills by playing in the neighborhood, hitting rocks with an old wood bat and throwing strikes into a tire until your mom said it is time to come in the house.  Those days are gone!
There are less than 9% of blacks in the majors and less than 6% competing at the NCAA level.  This is a crisis but L.E.A.D. has heard the cry for help.  We’ve answered by going into the inner city, mentoring young men and preparing them for college.  We are proud to say 100% of our Ambassadors have graduated high school and were admitted to college; 83% of them have attended college on scholarship.  L.E.A.D. is the only development organization that uses baseball to promote excellence with those statistics.
My parents didn’t have a college fund saved for me so getting a baseball scholarship was the best present that I could ever give them.  Now we are trying help more young men earn scholarships and give that same gift to their parents.
Baseball is ‘s game but something has to be done to increase the African-American presence at the MLB and collegiate level.  More African-Americans in the NCAA means more students have a chance to earn degrees and the opportunity to help create a stronger job force in .  Getting this right means we see young black men to college, not in jail cells.  .
I’m actually cheering for the Rangers because of Jeff Francoeur but the 2010 World Series puts America on notice that enough isn’t being done for baseball in inner city communities.  There will be millions of eyes on the World Series.  If your eyes can open a little wider , look at L.E.A.D. in . 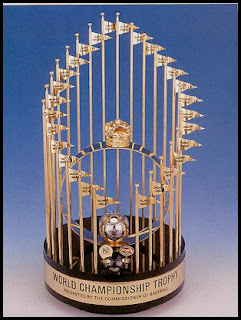