This has been a great start to the fall Legacy League season.  Everything is going right as planned.  As a coaching staff, we came into the fall development season with a curriculum.  Now it is time to get dirty.

The middle school game included good pitching by Elijah Richardson (Sylvan Hills Middle School) and lots of strong bats.  All of our games are instructional based which allows us as a coaching staff to create offensive and defensive situations.  We really have to spend more time on 1st and 3rd defensive situations.  Team defense is new to a lot of our Leaders.  No problem, that’s why the Legacy League was created. 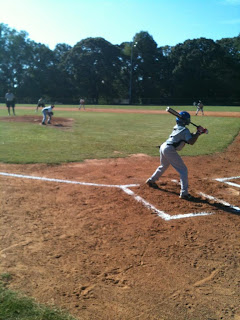 The Legacy League Prospect Team lost 2-1 in a good game on Saturday to the East Cobb Patriots.  We scored lots of runs on Sunday against the Nelson Baseball School team but we also gave up quite a few.  Sunday’s game ended with an 11-11 tie.  The Prospect Team received stellar pitching from Julian Phiffer on Saturday.  Julian “JuJu” is a right handed pitcher from Booker T. Washington High School and only threw 29 pitches in three innings.  Wesley Clement (Benjamin E. Mays High School) made great adjustments to his swing this weekend and got some key hits. 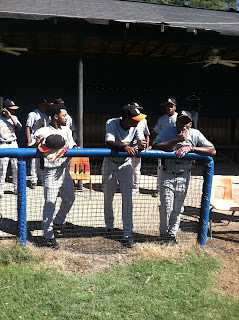 I’m looking forward to a great upcoming week of practice with our Leaders.  Development isn’t always fun because development includes failure.  Funny how you can fail on a baseball field 70% of the time yet you are considered successful.  The reward for our success in the classroom and on the baseball diamond is a college baseball scholarship.