Falcons arose to the challenge yesterday and will play in the NFC Championship game against the 49ers. The media isn’t giving us Falcons fans a chance in the world to win the game. The respect that we will get after we win the Super Bowl will be earned for sure.

Our personnel is awesome led by Matt Ryan. We have a great head coach in Mike Smith and a dedicated owner in Arthur Blank.

When the clock counts down to 0:00 and the Falcons are crowned champions, it will be because of great coaching. We added Mike Nolan as our defensive coordinator and Dirk Koetter as our offensive coordinator to an already talented defense led by Sean Witherspoon and look at what happened. 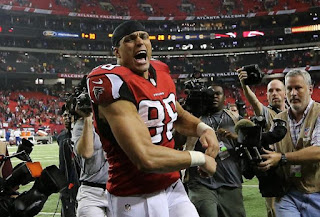 I’m looking forward to the Super Bowl but I can’t wait until it is over so that we can officially get baseball kicked off in Atlanta with our 4th year of the L.E.A.D. Middle School Baseball Development League. This season’s league will showcase great Atlanta Public School talent from J. Brown Middle School, J. Young MS, B.E.S.T. Academy, Sylvan Hills MS, Harper/Archer MS, J.F. Kennedy MS and MLK MS. 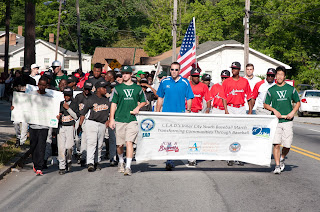 Thanks to a partnership with D-BAT Atlanta, all of our middle school teams remain active this winter training in a 22,000 sq. ft state of the art baseball facility.

Kelli and I have made additions to our executive board of directors as well as the LEADership Council. We are also gaining strong support from the Atlanta business community that will allow us to continue to add APS schools to our organization.

Unfortunately, the Falcons have more nay-sayers in Atlanta than fans but L.E.A.D. is a winning organization that we all can support. Join us throughout 2013 at www.LEAD2Legacy.org.