Calyx Jaxson was born into the world on Wednesday, September 4th at 8:05AM weighing 8lbs and 8 oz to his awesome parents Callix and Amanda Crabbe. To his friends and family, Calyx will be known as C.J.

For three months, my job was to evaluate Callix’s speed, hoping for an increase so that I could report it to my scouting supervisor in hopes that Callix would get drafted. He indeed was drafted that year by the Atlanta Braves, but he chose to attend Young Harris Junior College over LSU as a student/athlete. The following year he transferred to Manatee Junior College (FL) and was drafted and signed by the Milwaukee Brewers.

Through all of this, I accepted the responsibility of being his mentor and swing/life coach. I had done all of the things that he wanted to do and I believed He could do them too and much more. My wife and I made it a priority to help him reach his goal of being a Major League Baseball player, loving husband and father and community leader. He thought we were preparing him to be drafted but we knew we were preparing him to win at the game of life.

I remember telling Callix in 2000 that I would never watch him play a game until he was in the majors. On April 3, 2008, I saw my mentee, Callix Crabbe, play baseball for the first time against the Atlanta Braves at Turner Field. I was filled with emotion then as well as now. We did it! He was starting at second base for the San Diego Padres. 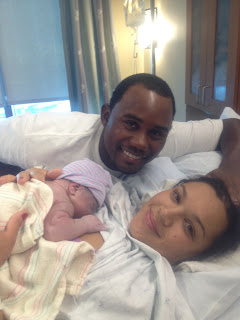 What does it mean to me to have Callix name his son after me? To know that he thinks that highly of me is truly a blessing. It’s a testament to how God is using me and I give all the honor to Him. I am grateful to Callix and Amanda for blessing me in this way; the student has now become the teacher.