I interviewed Savian after the tour and I am convinced that he learned a lot and will fulfill L.E.A.D.’s mission to empower an at risk generation to lead and transform their city of Atlanta.

C.J. Stewart: Where did you tour today and who gave you the tour?

C.J. Stewart: What was the most impressive part of the tour?

Savian: The most impressive part about the tour was learning about the operation of the sound check and editing videos. I want to become a computer engineer. The tour helped me gain a better understanding of technology.

C.J. Stewart: What surprised you the most about the tour?

Savian: What surprised me most about the tour was the back stage setup of the studio. 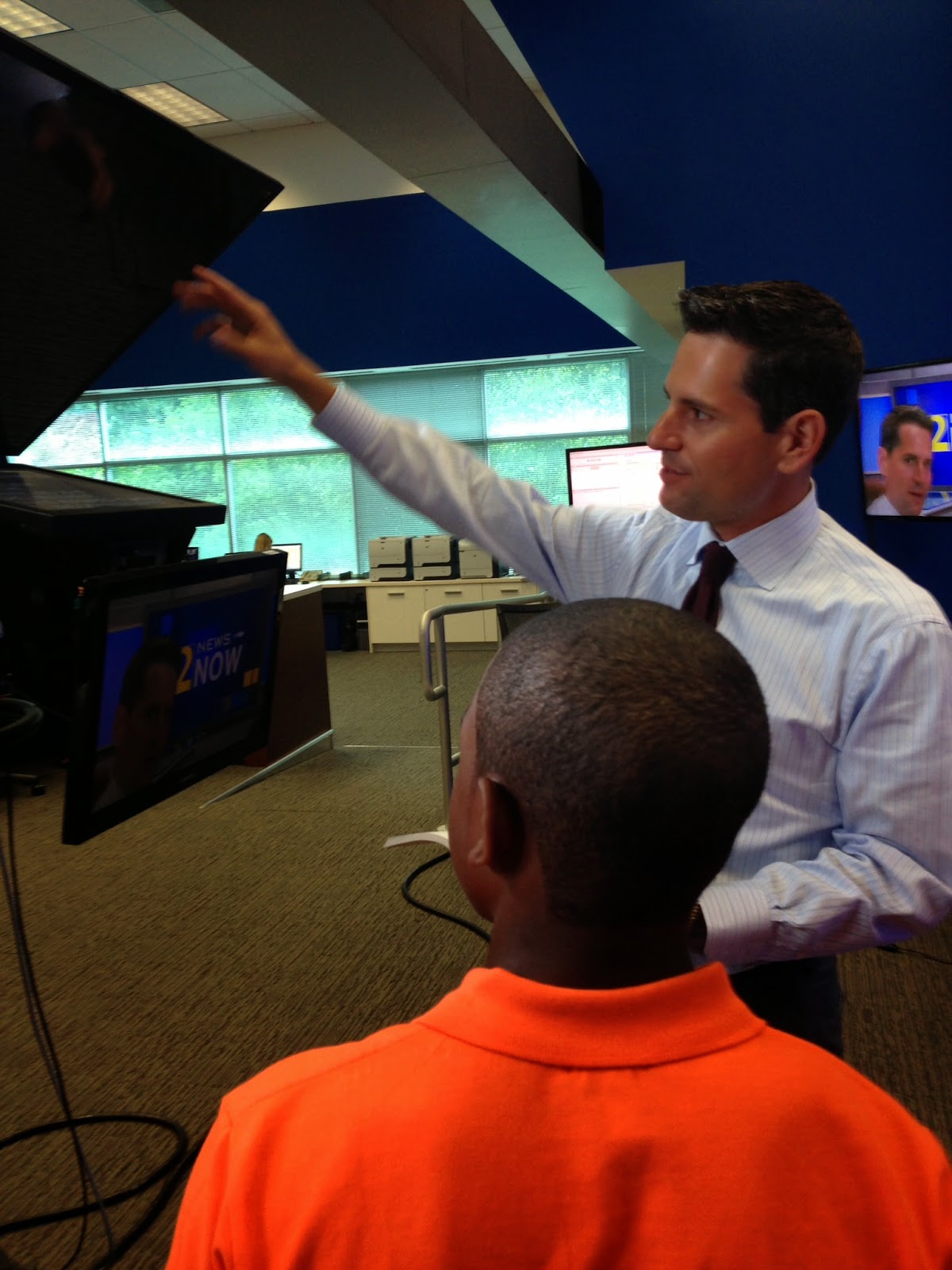 C.J. Stewart: How does the tour help you fulfill L.E.A.D.’s mission of empowering an at risk generation to lead and transform their city of Atlanta?

Savian: The tour gave me a higher level of confidence and I think I can lead the city of Atlanta as the owner of a computer engineering company called Savian Technology World.

C.J. Stewart: How would you describe Zach Klein with one word?

C.J. Stewart: When you become a millionaire, how much of it would you give to Atlanta Public Schools and what are the top 3 things that you would want the money to be used for?

Savian: When I become a millionaire, I will give Atlanta Public Schools 20 million dollars. The 3 things that we will need are new computers from my company, teacher training, more books and other supplies.

Savian: I described the tour as amazing because I didn’t realize it took that many people working in the background in order to present the news daily.