Older
Newer
Last week I (Ryan Martin), along with Austin Evans, went to the Engaging the Dragon: Economic Diplomacy in China Town Hall Meeting sponsored by the World Affairs Council. We were able to listen and learn so much from our keynote speakers about China, conditions there, U.S. relations, and how the two nations could come together and be stronger. A special commentary from former President Jimmy Carter was broadcasted live via satellite from the Carter Presidential Library. This was special because Carter was the key figure involved in creating the relationship we have today with mainland China nearly 35 years ago.

In addition to President Carter’s insights, two keynote speakers that have accomplished unthinkable things in government and on different cultural platforms discussed their views on China’s economic growth over the last two decades, U.S. competitiveness, and future relations between the two countries. Our first keynote speaker was Mr. Henry “Hank” Levine who is a Senior Director with the Albright Stonebridge Group, a strategic advisor firm in Washington, D.C., where he helps international firms deepen there interactions with government and non-government entities in China and resolve business issues. Our second keynote speaker for the night was Professor Andrew Wedeman. He is a Professor of Political Science at Georgia State University. He has spent eighteen years with the Department of Political Science at the University of Nebraska, where he served as Director of Asian Studies.

Being at the World Affairs Council meeting gave me the opportunity to understand exactly what the organization does and ponders over. The World Affairs Council of Atlanta provides a forum for dialogue and an entrance for research on international affairs and global issues that impact the corporate community. The mission of the Council is to deepen the understanding of world affairs, enhance the international reputation and help drive the economic development of Atlanta, the state, and the region. 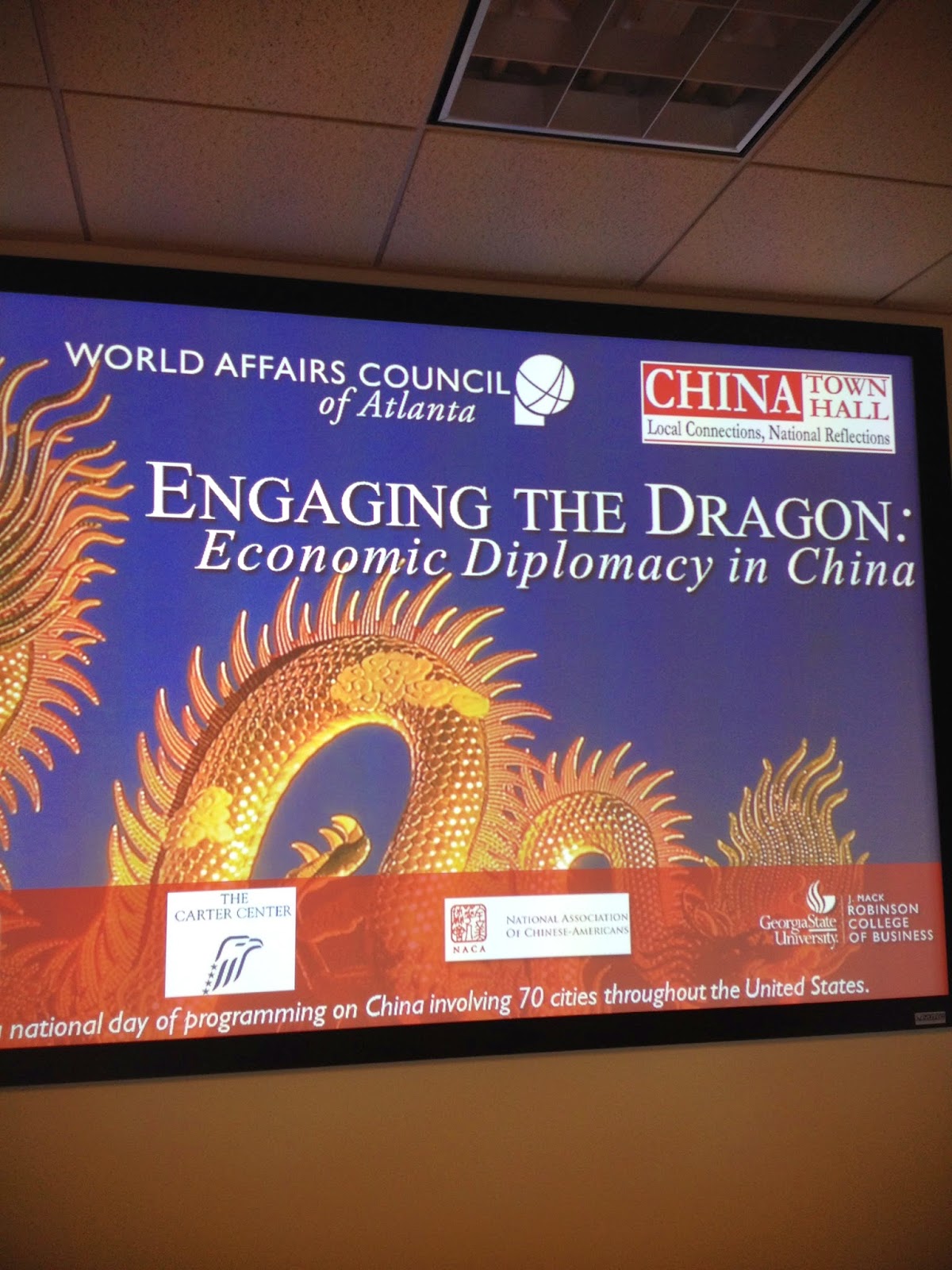 I enjoyed being in an environment of college students and influential people from multiple cultures and societies. I saw this opportunity as a chance to further my knowledge of not only my culture but the cultures and economic structures of China. It was definitely a privilege and I am thankful to have been a part of it.