One of the most intriguing yet impactful moments in a baseball game happens when play is temporarily suspended and the manager walks out to the mound to check on the pitcher’s welfare. I call this suspenseful intervention a Mound Moment. As the manager and pitcher stand eye to eye, onlookers eagerly read body language in a desperate attempt to figure out what may happen. “Maybe it’s just a pep talk, maybe they’re talking strategy or maybe the pitcher is going to be relieved.” No matter the 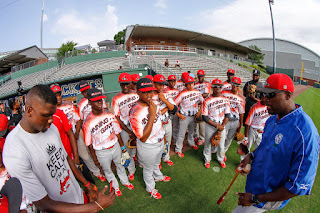 outcome, one thing is certain— the manager is in complete control of the pitcher’s fate. Now that my playing days are behind me, my Mound Moments are a clear case of life imitating sport. From baseball diamonds and classrooms to dangerous street corners and living rooms, I’ve stood eye to eye with hundreds of black boys and had thousands of Mound Moments. The only difference is my discussions aren’t about balls and strikes, they’re about success and failure.

Black boys come up to bat with two strikes. Strike one is being Black. Strike two is being male. Stereotypes and cultural biases dramatically shrink Black boys margins for error. Because of their skin color, they’re often presumed guilty until proven innocent. Born into the 0 – 2 count, Black boys face enormous pressures that force them to defy nature and live their lives from the outside in. My purpose is to meet you at the mound and reveal the three steps necessary for Black boys to make it to the big leagues in life and baseball, despite immeasurable odds.

Most inner-city Black boys grow up prematurely navigating experiences that make it nearly impossible for them to build self-confidence. This partially explains why they swing and miss the White-Is-Right pitch and consistently underperform when the stakes are highest. There’s an undeniable connection between socioeconomic status and the amount of trust one has for his own abilities and judgements. Since self-confidence is not inherited, the simple remedy for Black boys is to own their reality and use adversity as a tool for building confidence. The concept of learning from losses transforms their thinking and propels them to win. The height of self-confidence in baseball is striking out and expecting to hit a home run the next time you’re up to bat. The height of self-confidence in life is when your self-talk is stronger than everyone else’s talk.

Once self-confidence is established, the next natural step is to take action. Knowing what needs to be done and failing to act is the equivalent of expecting to hit a home run, standing at the plate and never swinging your bat. Skill building in any undertaking requires a mix of action and discipline. Although the idea of self-discipline is simple, the execution is often crippling. In order to dispel the myth that Hope Is Enough, Black boys must confidently take uncomfortable and inconvenient actions that move them toward their desires. The secret to overcoming weakness and mastering self-discipline is to gain control of your feelings, prioritize your needs and resist any temptation to abandon your goals.

The application of sustained self-confidence and self-discipline brings out subtle shifts in traits, behaviors and motivations. As Black boys realize they exist separately from their environment, confusion, complaints and excuses get “thrown out” and focus, gratitude and accountability get called up from the bull pen. Black boys newly found sense of self-awareness give them permission to explore their individuality and find comfort in their uniqueness. Ultimately, winning is redefined as mastery of self.

Success in life and baseball is both simple and fundamental. The height of your success is determined by the speed of your adjustments. The next time you’re desperately trying to read a manager’s body language at the mound, rest assured he’s either boosting confidence, sharpening discipline or raising awareness. 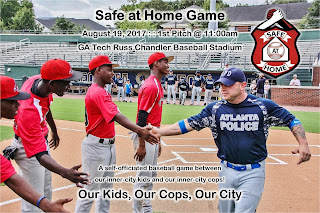