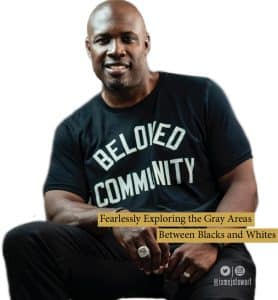 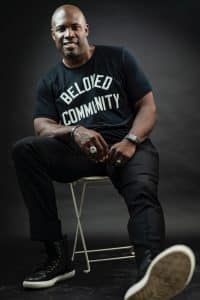 My relentless pursuit of equity for young black boys in the city of Atlanta has often landed me in the crosshairs of people who either misunderstood or disagreed with my point of view. While I readily concede my inherent biases, I believe that they serve as proof that where you stand on a particular issue largely depends on where you sit. For example, as a Black man, I feel that when it comes to race relations between Blacks and Whites, a vast percentage of the latter believe that racism is exaggerated and the best solution is a combination of patience, love and prayer.

Unfortunately, both groups attempt to avoid racial landmines by tip-toeing around the highly sensitive gray areas of race relations. Historically, this passive strategy has only led to overlooked racist acts, avoidance of healthy conflicts, and prayer without action. Full disclosure: my motivation here is not to convince you that my perspective is right or superior. Instead, my purpose is to solicit candid answers and insights to one of the most difficult topics on the planet, race relations. The ultimate question is, how do we get unstuck?

In order to permanently break the racial log jam and build a foundation of trust between Blacks and Whites, we need to minimize the stigma of guilt associated with true, but unpopular, positions while simultaneously amplifying the voices of people who have the courage to stand up for their convictions. Guilt paralyzes people and prevents them from engaging in uncomfortable conversations, without which we cannot sustain racial progress. On the other hand, conviction inspires people to act on their beliefs, despite danger or disapproval.

Combating racism is not easy, but this is an open invitation for you to express your unadulterated beliefs and feelings about Black and White race relations without fear of rebuke. At my core, I want White people to know and fully accept that: not all Black people are bad, not all White people are good, and the poor are willing and able assets who simply need love, attention and sponsorship (not charity) in order to pull themselves up.

Presuming you might be resistant to sharing your unfiltered thoughts regarding Black and White race relations, I am going to lead the way. Below is an interview conducted by my friend and colleague. He asked me the ten most difficult race-related questions that I have either asked other people or otherwise wanted to know the answer to.

As you read (or listen to) the interview, I invite you to do two things: (1) objectively stand in my shoes, as best you can, so that you can try to understand things from the perspective of a Black person; and (2) answer, comment or challenge me in any way you choose. Keep in mind that the ultimate goal here is to build rather than destroy. If it’s your truth, it’s fair game; just keep it civil.

Interviewer: Why are you sharing this message about race relations? What do you really want to see happen?

CJ: I’m sharing this message in hopes that it will help people find their deepest point of racial conviction and inspire them to act. People are more likely to act on something they truly care about. Black people are dying because of the passivity of White people. White people are praying for us and will give us leftover opportunities… Many of them think that we’re okay with that and being mistreated, and I want them to know that we aren’t.

We won’t ever completely solve racism, but we can definitely mitigate. We can at least give people a fighting chance to have a good life. There are millions of unborn Black children who will never live a good life simply because they’re Black, and that doesn’t sit well with me. I feel I must fight to convince those White people who are willing to listen because there will be no racial progress if more Whites are not in the fight with us.

Interviewer: What’s the biggest difference between you and your White listeners’/viewers’ approach to race relations?

CJ: The biggest difference is urgency. Many White people want to connect and go on a long racial exploration. Although I appreciate and respect that, I’ve been in this fight for over forty years. I’m looking for Whites who are already convicted because they are ready to act. That doesn’t mean they agree with me, but knowing that I’m dealing with a truthful person who is ready to act is enough for me.

Interviewer: Where is the exact point society is stuck?

CJ: We are stuck at the point of action. We know that racism is a real thing, but we are afraid and choose not to act on what we know. Then we use words like love and hope as if they are the silver-bullet-solution, but nothing ever happens. Here’s one of my favorite quotes that explains it better than I can…

“Christians talk about love a lot. It’s one of our favorite words, especially when the topic is race. But I have found this love to be largely inconsequential. More often than not, my experience has been that whiteness sees love as a prize it is owed, rather than a moral obligation it must demonstrate. Love, for whiteness, dissolves into a demand for grace, for niceness, for endless patience — to keep everyone feeling comfortable while hearts are being changed. In this way, so-called love dodges any responsibility for action and waits for the great catalytic moment that finally spurs accountability.” — Austin Channing Brown

Of course, this doesn’t apply to all white people but it represents the ideology that holds us back.

Interviewer: Why have people given up hope when it comes to race relations?

CJ: Race relations is hard and it causes people to feel guilty when they should be convicted and unashamed, no matter their position. We have to abide in truth in order to heal and eventually act.

Interviewer: What pisses you off about race relations?

Interviewer: How does culture influence the story you’re trying to tell?

CJ: Culture is how people behave. There’s a sector of White culture that thinks most Black people are lazy and violent. There’s a sector of Black culture that thinks that most White people are greedy and conniving. Those things are facts for some people. Starting with conviction will let us know who is who. The long-established patterns of our culture keep us from interacting and overcoming.

I also believe the way that Black and White cultures see Jesus stands in the way. I believe Jesus wasn’t White and He wasn’t spending all of his time with wealthy people. If all followers of Christ focused on this part of Biblical history, they would be compelled to act differently.

Interviewer: How is social media changing the story?

CJ: Social media is allowing people to share how they feel, so that more people can see their true feelings. We are able to see people commit acts of racism, but they are dismissed by White people as isolated incidents because they don’t want to feel guilty. It infuriates Black people when blatant racism is shown on social media and is dismissed, making us feel like White people will never believe us. That’s why I feel like racism is demonic. If we can get millions of White people to be convicted and get them to flood their social media timelines with testimonies about how they are dealing with race relations, that will turn the tide.

Interviewer: What would you say to them to start to shift their view?

CJ: I would start by telling White people that you don’t have to be ashamed about your core beliefs, no matter what they are. The truth will set you free. Everyone deserves the right to live their truth. I happen to believe that ignoring the oppression of others is not living an honest life.

Interviewer: How can you make your audience the hero in your story?

CJ: White people have the power. It’s a historical fact that White people brought my ancestors to this country against their will and thereby created this situation for Black people. They are our only way out. In my opinion, they are heroes when they stand up against racism, to any extent. White people liberate us from conformity to White culture when they call out racist acts. We feel like we can breathe easier when we are respected and trusted by them.

Interviewer: What are consequences for those who don’t believe/behave in the way you’re suggesting?

CJ: The racial demographics in America are rapidly changing. Relatively soon, White people will not  l be the majority race in this country. This means that our future leaders will be more diverse, and yes, more Black people will be in leadership. It makes sense to be on the right side of history. The playing field will eventually level and being White will no longer be an advantage like it is today.

Interviewer: Do you have any final thoughts?

CJ: Sure, we have to stop treating racism like it doesn’t exist. We all know what it is and most of us can feel it when it happens. Racism is a disease! People, emotionally and physically, die from it every day.

If you don’t know how to handle racism, a great place to start is by simply admitting that you don’t know how to respond. My hope is that White people will care enough to be honest and transparent. My hope is that they will care enough to ask questions because when they do, it dramatically increases the odds that they will act.

A silent response to racism is agreement with racism!

Building a bridge to better race relations starts with conviction and evolves to a point of connection where we can find consensus and begin to collaborate and create change.

The floor is yours! I welcome your unfiltered answers to these questions and comments on my responses.  What do you say?