Benjamin Elijah Mays (August 1, 1894 – March 28, 1984) was an American minister, educator, scholar, social activist and the president of Morehouse College in Atlanta, GA from 1940 to 1967. Mays was also a significant mentor to civil rights leader Martin Luther King Jr. and was among the most articulate and outspoken critics of segregation before the rise of the modern civil rights movement in the United States. (Wikipedia) 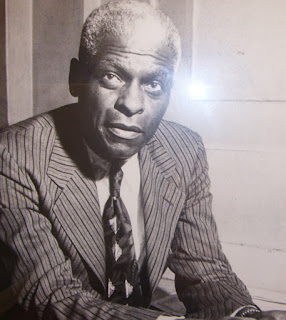 Mentorship requires knowledge, a willingness to share information and experiences and consistent availability to your mentee.

The accomplishments of Dr. Martin Luther King Jr. are well documented but the world knows very little about the men that guided him. Benjamin E. Mays was one of those men. I remember being a 1st grader at Grove Park Elementary School (APS) in 1982 and receiving my first Quotable Quotes book by Mr. Mays. This book was like the bible to our teachers. We read inspirational quotes from it every day during school. Those quotes provided hope because of the person that said it. One of my favorites is “It must be borne in mind that the tragedy of life does not lie in not reaching your goal. The tragedy of life lies in having no goal to reach.”

I take my role of mentorship very seriously because there are hundreds of young men that see value in following me because of what I know and what I’m willing to expose them to. Baseball is my life. The game measures your success based on how often you fail. It trains you to overcome adversity and the true meaning of perseverance. 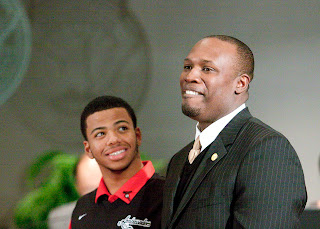 Setting a goal can be the easy part. Achieving it is extremely difficult. Having a reliable mentor makes anything possible. Dr. Martin Luther King Jr. had a dream and Benjamin Elijah Mays helped it become a reality.