Monica Pearson has been an honorary member of my family since I was born. She gave Atlanta good news and sometimes bad news. She gave African-Americans a strong since of accomplishment. She connected communities. 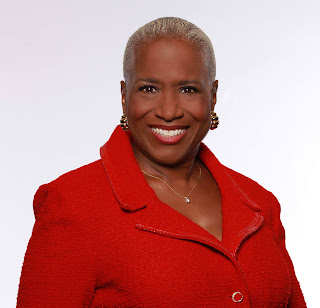 Mrs. Pearson will retire this year after 37 years of service to Atlanta. She was the first African-American and female evening news anchor in Atlanta. Her signature hair styles set the trends and kept beauticians busy. Her skin and smile is so radiant that it makes the cameras appear to be high tech.

I was present yesterday when she received a Proclamation from City Councilman Michael Julian Bond. There were hundreds of people there to say thank you to Mrs. Pearson. To my surprise, she spoke to everyone in attendance. To the people that know her best, they say that is Monica being Monica. I figured that it would be overwhelming to give that much attention to so many people but she did it. 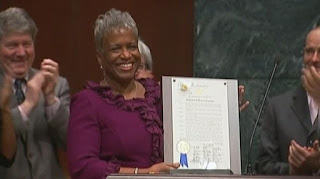 I was fortunate to get a huge and a photo with her. Mrs. Pearson is Atlanta. She is a living legend and it was an honor to meet her. It was like she knew me already.  She is the epitome of class.

Atlanta is a renowned city that has produced many amazing icons but we wouldn’t be complete without the voice of Monica Pearson. I’m not sure what she will do in her retirement but I and thousands of others will remain a fan of hers. 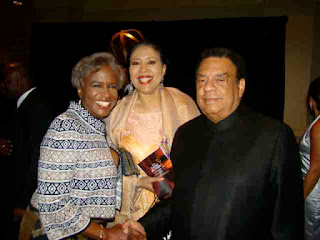