That’s what. Nothing is funny.


Failing schools, failing leadership, failing communities; that’s what is being depicted in the media and that’s what our children are seeing..hearing…absorbing.


Merriam-Webster defines propaganda as “ideas, facts, or allegations spread deliberately to further one’s cause or to damage an opposing cause”. While I am in no way saying that all the things that are said about our schools, leadership and communities are true or not true, I am definitely saying that there is too much GOOD that goes unreported.


So in that spirit, it’s time for L.E.A.D. to invoke a little propaganda of its own- the good kind of course, that deliberately spreads facts and ideas to further a cause: L.E.A.D.’s cause.


Voices of L.E.A.D. is a resource that we’ll use to talk about some of those negative things being reported in the media, however, we will talk about them in the context of how L.E.A.D. trained student-athletes are coping with and overcoming them. Voices of L.E.A.D. will appear in different communication mediums and I’m really excited about the way we are launching this program.


With issues this serious, the best way to attack them is with a sense of humor, so our first offering will be via a comic strip.


Yes- a comic strip where you just might see some familiar faces.


So without further delay, here’s our first offering of Voices of L.E.A.D. 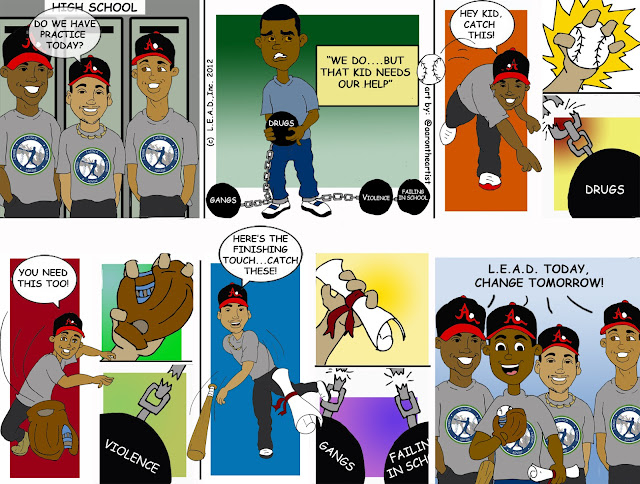